The Tye Trophy Competition will take place in 2022 after a two year hiatus – see below for details of the competition held in 2019.

The Tye Trophy highlights some of the best farms in the North of England and recognises the contribution of farmers to conservation and environmental improvement. The overall winner of the Tye competition will also be entered into the national Silver Lapwing Award the following year.

Three farms are nominated from seven areas of the North of England before the end of March. Areas are Cumbria, Lancashire, North Yorkshire, East Yorkshire, South and West Yorkshire, Tyne Tees and Northumberland. A judging panel of three farmers will visit each farm in early May and a winner for each county is selected. These seven winners are then judged by a regional panel in early June. Judging is based on the integration of wildlife conservation and environmental improvement within their commercial farming operation. John Fenton, Lead Regional Judge of the Tye Trophy said ‘every year I am always struck by just how much conservation work is being carried out in the countryside, much of it unfunded, by farmers and is not seen or understood by the general public. That is why this competition is so important, it is a chance to champion the best in farming. For example, one the highlights of this year’s competition have been the number of wading birds we have seen, particularly curlew, oyster catchers and lapwing’. The award ceremony takes place outside the President’s Pavilion on Wednesday of the Great Yorkshire Show, where the overall winner will be announced and will receive the Edwardian shell trophy that was originally donated by Mrs Alison Saville in memory of the Tye family. For more information contact Jayne Dyer Telephone 01423 546201 Email jayned@yas.co.uk 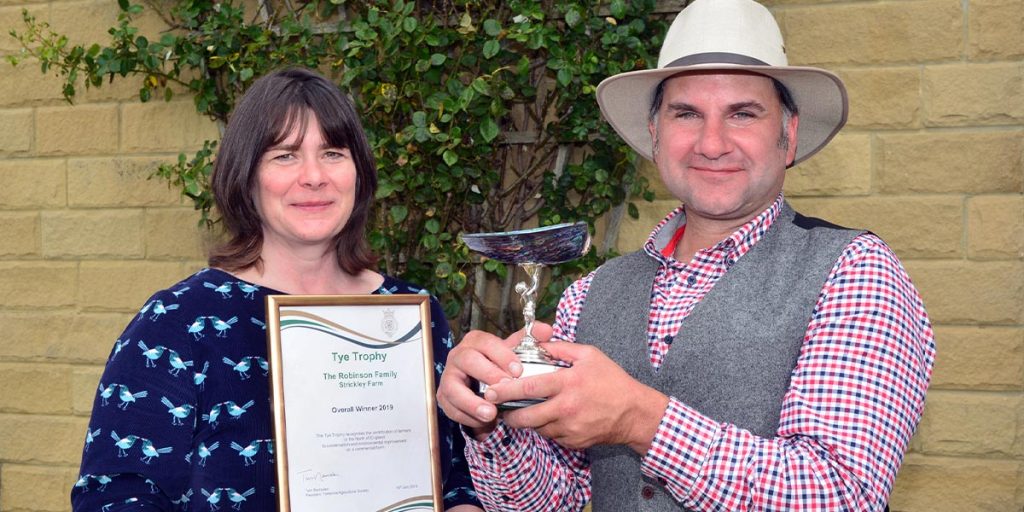 James and Michelle Robinson’s family started farming here in 1947 and the farm now extends to 300 acres. The farm has an HLS agreement and is run organically with areas of wetland being fenced off to protect them from their herd of pedigree shorthorns. Large numbers of bird and owl boxes have also been sited across the farm. New hedges have been allowed to grow untouched for about twenty years before they are laid which affords a huge amount of material to work with whilst also providing timber that can be used as firewood. These huge hedges create wonderful wildlife corridors across the farm. A great deal of drystone walling has been undertaken over the years by a retired uncle, who James described as being happiest when he has a wheelbarrow and flask of tea! Over the years new woodland has been created adding to the biodiversity on the farm, as well as developing a pond close to a river, which is now attracting otters. The judges felt that one of the outstanding features on the farm is a wildflower meadow, containing 79 different species of flower and on a sunny afternoon they said it was stunning. Michelle, a teacher, has created a purpose-built classroom on the farm providing a facility for local schools and the wider public. The judges said that walking down the river with Michelle, one could feel her enthusiasm for imparting her knowledge on conservation and farming to children. No stone was left unturned in her quest to find something under it! Strickley Farm is also blessed with wonderful sightings of curlews, oyster catchers and lapwings. 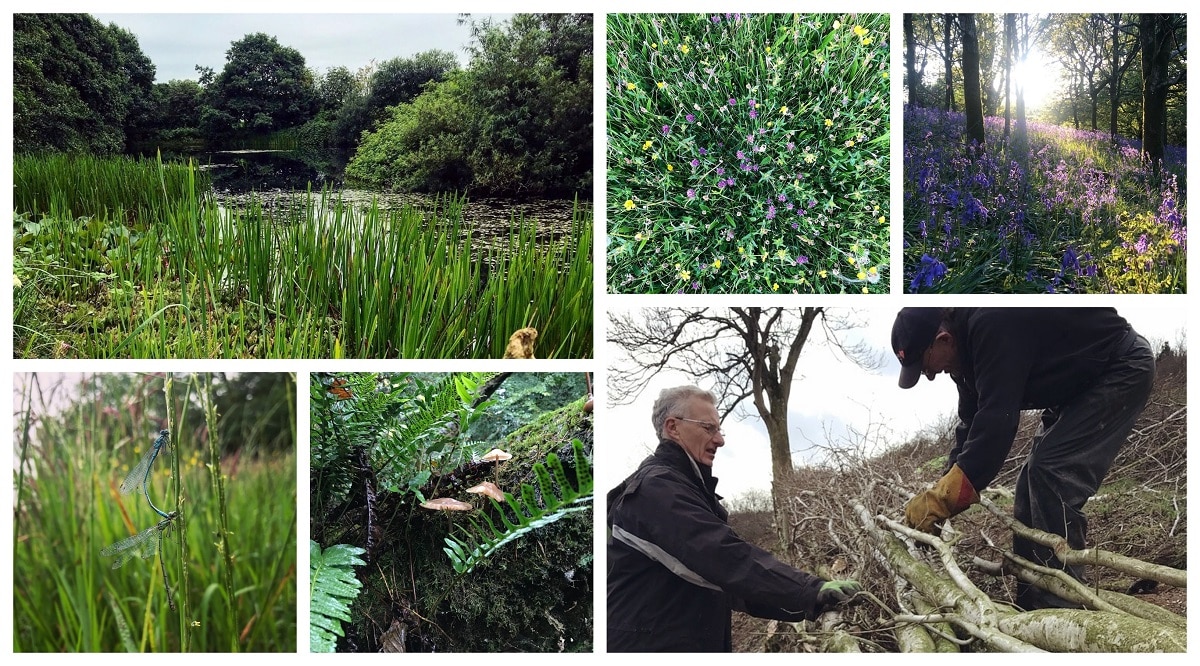 Each year the overall winner of the Tye Trophy goes forward to take part in the Silver Lapwing Award. Like the Tye Trophy, this is an award for farmers who have demonstrated real commitment to habitat conservation and species whilst integrating their environmental management within their overall farm business. The judges also consider the farm’s approach in conserving natural resources as well as its historic features that would include good soil management, efficient use and protection of water quality and energy. In 2018 Giles Mounsey-Heysham, the overall winner of the 2017 Tye Trophy from the Castletown Estate, Cumbria with his son Toby won the Silver Lapwing Award, which demonstrates the high standards of the Tye Trophy. 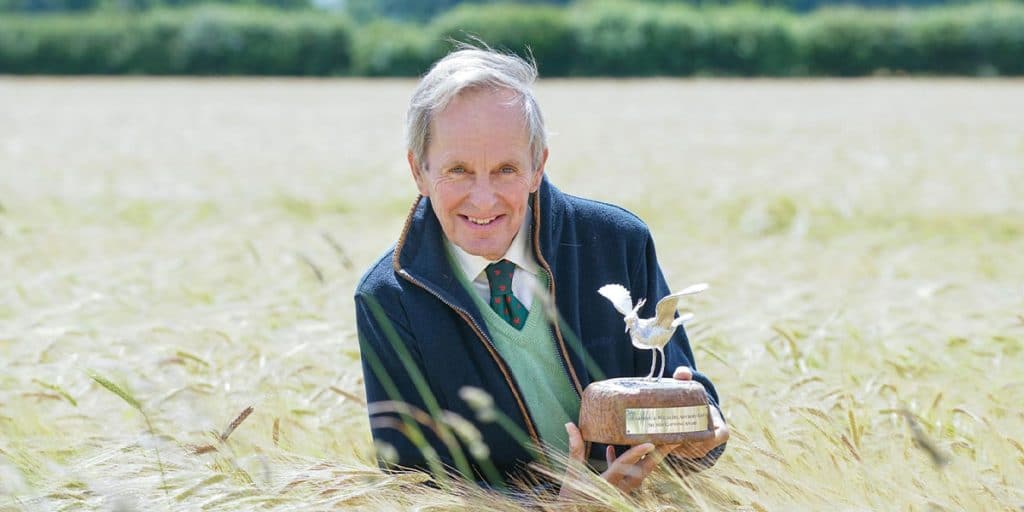 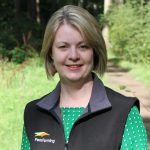 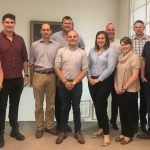