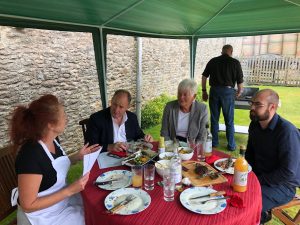 Last week Madge Moore, Chair, Yorkshire Food Farming and Rural Network along with Carolyn Frank, Federation of Small Businesses, met with Mr. and Mrs. Otterburn and Kevin Hollinrake, MP Thirsk and Malton and a paddock full of Mangalitza pigs. Mrs. Otterburn had raised concerns about African Swine Flu. The impacts this would have on specialist pig breeders such as herself should the disease reach the UK. Mr. Hollinrake discussed the reply he had received from Lord Gardiner. Setting out Defra’s current position on disease prevention and potential compensation.  Whilst this gave some comfort to the Otterburns they still felt that more could be done to inform people coming into the country. To consider the potential risk of bringing in the disease in meat products.  Madge offered to raise this with Defra at her next meeting with a suggestion that proposed posters be translated into several languages. Compensation was yet to be considered for loss of breeding stock that can take three years to re-build.

What is African Swine Fever?

African swine fever (ASF) is a devastating infectious disease of pigs, usually deadly. No vaccine exists to combat this virus. It does not affect humans, nor does it affect other animal species other than pigs and wild boars. It can be transmitted either via direct animal contact or via dissemination of contaminated food (e.g. sausages or uncooked meat). To find out more, click here.

What is the risk to UK Farms?

Outbreaks of African Swine Fever have been noted in Europe, notable Bulgaria, and the Czech Republic. UK farm businesses would be at risk of bankruptcy should the disease reach the UK and require a forced cull to stop it spreading from any infected animals.

The disease is associated with potentially infected pork and wild boar products. These are illegally imported or brought to the UK as personal imports.

What is being done to protect UK farmers from these risks?

You can find out more about the Government’s disease control strategy here: 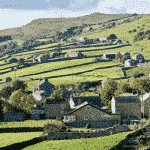 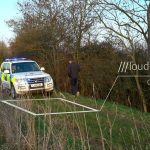