How regenerative agriculture is shaping my farm – Angus Gowthorpe 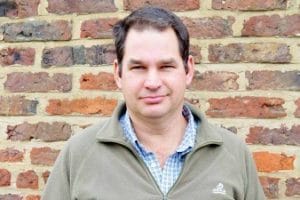 In this blog post, Future Farmer Angus Gowthorpe explains how regenerative agriculture is shaping his farming methods this spring.

As I type it is raining steadily, our first rain since early March. To say that our arable crops and grassland are desperate for a drink would be putting it mildly.

The combination of dry soil, low daytime temperatures and multiple frosts have taken their toll on them all.

The rewetting of the soil will bring the soil biology back to life and thus allow the plants to access nutrients and start growing again.

This spring, direct drilling was relatively straight forward, both at home and for customers. As soils dried steadily, I was able to drill fields as they became dry enough but still with moisture for the seed to germinate.

These crops have established well as moisture was not lost through cultivation and are looking good despite the cold and dry weather since drilling.

Crops are all clean of disease and to date have required no fungicides or plant growth regulators, this is in part due to reducing the amount of nitrogen I use on crops.

There is still some drilling to do at home, a small area of wildflowers as part of our Mid-Tier Stewardship agreement and some cover crop in one field where the linseed I drilled in autumn has been killed by the harsh weather in January.

There is also one field of maize to drill for an anaerobic digestor. This is a new crop for me and is a trial for both the company I supply and myself.

It is being grown using the principles of Regenerative Agriculture – minimal soil disturbance, minimal fertiliser and pesticides, and companion cropping.

Provided this trial is successful, maize will be a useful, and hopefully profitable, additional break crop to the rotation, allowing a substantial cover crop to be grown beforehand and a crop of wheat to be established afterwards.

This spring has been a bit of a landmark one for me as I have started ‘mob grazing’ the cattle.  This is a method of controlled grazing which mimics the movement of bison on the great plains of America.

By moving electric fences daily, the cattle are only allowed to graze a set area for each day, a little less than an acre for my herd.

This allows the grass to recover from grazing quicker than if being grazed constantly, the grassland sequesters more carbon, is deeper rooted and rainwater will infiltrate better.

The cattle should also stay out later in autumn and not need any buffer or creep feed, saving on feed and housing costs.

Groundswell bursary can be a game changer

A lot of the regenerative techniques that I practice, I have learnt by being a member of BASE UK and by attending the Groundswell event each June.

This is a show that is run by farmers, for farmers and there are many speakers, both from the UK and abroad, covering a wide variety of topics around the central theme of Regenerative Agriculture.

It is the farming equivalent of Glastonbury, in that it has a very relaxed atmosphere, and yes you can take your tent and camp on site, though I do recommend putting your tent up before spending too long in the Earthworm Arms!

This year, Future Farmers is offering two Groundswell bursaries for the first time.

To be considered, you just need to send us an email telling us about yourself and why you want to attend.

Emails should be sent to futurefarmers@yas.co.uk by 16 May. 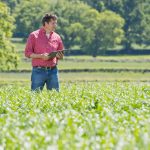 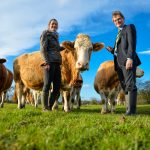