Having read the news stories emanating from the Oxford Farming Conference over the years, and having heard nothing but positive reports from previous delegates it was with high expectations that I arrived in Oxford. The quality and depth of the learning and networking opportunities that were offered to me over the course of the conference meant I was not to be disappointed.

Unsurprisingly, Brexit, and the opportunity for minimising fluctuations and maintaining growth in the agricultural industry in a climate of both uncertainty and change were central themes throughout the conference. The following report goes through my conference experience chronologically, drawing out some of the most engaging and provocative take aways from the sessions, and I end with a brief summary of my experience as a scholar.

As a scholar the conference kicked off with a workshop on Wednesday lunchtime. This was an opportunity to meet the rest of the scholars and emerging leaders with a brief introduction to interviews and dealing with the media run by Anna Hill. Press skills are not commonly associated with a career in agriculture but I found this workshop to be invaluable and feel emboldened to be able to engage with the media more positively in the promotion of our industry going forward.

Next we began practical group exercises on consumer attitudes. The aim of the exercise was to explore consumer attitudes and retailer responses to environmental issues surrounding local versus global food production and its effect on the environment. We were split into groups and tasked with purchasing our lunch within Oxford with different geographical limits to provenance. My group’s aim was to purchase a ‘plastics free’ lunch. This proved to be a simple task when dining in, but of course we could not be sure how plastics were involved in the preparation of the food. Interestingly, the larger retailers were the poorest in terms of plastic use, with smaller or independent retailers being more engaged in sustainability issues around plastics use. The wider take away message was that for consumers price and convenience typically trump quality and provenance and at times retailers had little to no knowledge of what they were actually selling. An important point to note for the agricultural industry is that it must remain price competitive.

The rest of the day involved a fringe meeting hosted by the NFU on tenancy and post-Brexit environmental schemes. We heard experiences from across the sector relating to tenancy agreements, which sparked a lively debate on the potential for tenancy reform.

In the evening we went to ‘the Great Cider debate’ followed by the Tap social dinner. This provided an opportunity to network with the wider group of delegates, to me, one of the most valuable aspects of being able to attend the conference in person.

The day began with the Barclays Breakfast meeting where we assessed the financial markets reactions to Brexit, particularly in regard to currency and interest rates, and the ramifications that this would have within agriculture. Reassuringly, Barclays thought that the fluctuations would be minimal and felt they could help farmers insulate their businesses from these changes and remained supportive of lending to farmers to enable them to continue to grow their businesses. This session was followed by an AHDB fringe meeting exploring export opportunities and market expansion. This focused on the importance of understanding consumer interests abroad, whilst exploring post-Brexit trade opportunities.

The conference began in earnest with a politics panel entitled ‘The Governments plan for British farming’, the headline speaker in this session was Michael Gove Secretary of State for agriculture. The Secretary of State used the platform to stress the importance of taking a long view to agriculture, and to explain his view that we are at ‘the dawn of the fourth agricultural revolution’ which would be underpinned by AI, robots and big data analysis. He outlined how this revolution would be driven by environmental and social responsibilities, including lowering food production’s carbon footprint, better input use, improved productivity involving less labour and machinery. His speech, unsurprisingly, covered many of the themes central to the proposed domestic agriculture bill, including, food security, the environment, rural economy, and consumer health. Having listened to the Secretary of State speak I was aware that he is without a doubt a seasoned politician and quality orator, who spoke at length but without addressing many of the practical details or making any firm commitments that I as a member of the agricultural industry am so eager to hear. The quote that most stayed with me was “revolution is to be far better to undertake it than to undergo it”, a somewhat ominous outline for the future. Minette Batters, President of the NFU spoke of the risks and opportunities presented to the industry by the new trade and agriculture bills, and urged the Secretary of State to provide greater clarity and commitment to the industry as a whole. Dr David Drew, Shadow Secretary of State, reiterated the need for budget security and putting agriculture at the heart of the agriculture bill, emphasising the potential for agriculture to be a cross party issue. Dr Clive Black added a more dissenting voice to the panel, critical of current political approach to agriculture and Brexit more widely.

This session was followed by ‘an inspirational journey’, an autobiographical talk from Nyasha Mudukuti, which lived up to its title and which was a refreshing contrast to the opening session. The morning continued with an address from Julie Borlaug VP of INARI (A US plant breeding company) and she discussed the issue of PR around GM technology. I found this session surprisingly interesting, because I have always been interested in the discrepancy between the potential GM technology offers the food industry and indeed planetary sustainability as a whole and the consumer mistrust and indeed rejection of the technology as part of the solution for ever increasing consumer demand. Julie Borlaug gave some astonishing examples of the way consumer ignorance is exploited by marketeers such as ‘GM free rock salt’ and ‘gluten free beans’ and emphasised the need for a new message to reach consumers.

The afternoon consisted of two sessions. In the first ‘future farmers, opportunities for alternative incomes’, we had a range of speakers from an entrepreneur in UK venison production, to hydroponic salad production and floating dairies in the Netherlands, but probably the speaker I found most interesting was Sir Charles Burrell discussion on the rewilding of his 1400 Ha Knepp estate. A talk which dispelled the myths surrounding the introduction of apex predators (such as wolves and lynx) , so often highlighted by the press as being central to the concept of rewilding, to reclaim the term to encompass the introduction of traditional grazing livestock, capable of managing positive habitats that promote the success of native flora and fauna. The final session ‘putting science back into policy’ put forward the research councils’ ongoing role in supporting the ongoing success of agricultural development.

The Oxford Union Debate, Motion: this house believes the country would be better served if farmers focused on profits rather than public goods, was the evening’s main event. The pre-debate poll suggested the house had a small majority in favour of the proposers Guy Smith and Sarah Bell, a majority that was strengthened after a rousing call to arms to British farmers in Mr Smith’s closing argument. I did find myself swayed by the opposition of Hilary McGrady and Tom Lancaster, but nevertheless sided with the house. Of course, what I felt was key was that profit and delivery of public goods need not be mutually exclusive.

The post-debate dinner at Christ Church was another excellent opportunity to speak to other attendees, and so converse with some of the leading experts and figures in the industry.

In the opening session ‘the world beyond Brexit’ Barry Gardiner MP and George Eustice MP, of the Labour and Conservative Party respectively, traded blows over their visions for post Brexit food and trade policy. The other speaker of note on this panel, Sir Lockwood Smith of New Zealand, gave a more positive speech, with a disarmingly simple four step plan for a successful Brexit, making the matter, if only for a moment, seem almost trivial.
We had ‘A View from the City’ from Sir Ian Cheshire, chairman of Barclays, contrasted by ‘The Radical Alternative for British Agriculture’ from Caroline Lucas MP, followed by ‘Artificial Intelligence on our Farms’, from Dr Mathew Smith of Microsoft UK, and ‘Why Gene Editing Matters’ by Professor Christobal Uauy and finally ‘An Answer to Antimicrobial Resistance’ by Professor Brendan Gilmore. As is clear from the titles this provided a divergent range of both subject matter and opinions from experts that both deepened my understanding of familiar issues and presented me with new and at times challenging perspectives on farming practice.

To close the conference we had a final scholars workshop in which we returned to the opening exercise of consumer attitudes and retailer responses to food sustainability issues. We were lucky to be joined in the session by Sir Lockwood Smith, Guy Smith, Mark Clark, and Nyasha Mudukuti. This afforded us the opportunity to draw together themes from the conference and to apply them to this ‘real life’ exercise.

The incredible line up of speakers meant that I can genuinely say that I found value in every session that I attended. Although the full value of the scholar experience for me was found in the opportunity to engage with, meet and talk to key figures within the industry and to be invigorated by the positive and forward looking atmosphere of the conference as a whole. In conclusion my experience as a scholar has made me feel better equipped, more informed and increasingly confident in the British agricultural sector’s ability to not only weather but embrace political and technological change.

I am greatly indebted to the Yorkshire Agricultural Society for their generous sponsorship that enabled me to attend the conference. 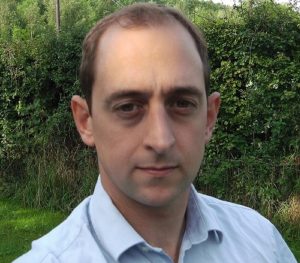 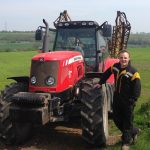