A World of Opportunity

Attending the Oxford Farming Conference (OFC), titled ‘A World of Opportunity’, was a great opportunity for myself, I was very grateful to the Yorkshire Agricultural Society for kindly sponsoring me. Brexit was the main talking point throughout the conference which was held 12 weeks prior to the United Kingdom likely leaving the European Union.

There were several themes that stood out to me throughout the conference across the various talks and debates.

Education – Educating the next generation is clearly so important; but at The OFC it was approached from two different perspectives. If we are to feed an expanding population we not only need to inspire more people to work within the industry but they need to be skilled, innovative and knowledgeable.  Whether they are from a farming background or are unconnected to agriculture, but have an interest in it, the introduction of an optional GCSE in agriculture would be a great opportunity to make agriculture more mainstream and bring more talented people into the workforce.

The second point that was mentioned is that there is a lack of education in informing the general public of where their food comes from and therefore this is seeing the increase of Veganism and Vegetarianism. If more people were educated as to the welfare systems in place in the UK, they would understand that the animals are looked after incredibly well and there would not be the farm animals in the countryside without farmers. The general attitude to farmers would hopefully improve as a better understanding was gained. Basic education in food production should be compulsory throughout school.

Technology – Technology and artificial intelligence is advancing at a rapid rate which brings lots of opportunities to agriculture; Dr Matt Smith, director of business development at Microsoft spoke about various projects that he was involved in. One project that he showed us working was a camera system that could identify intruders in a livestock shed (anything that was not the animal in said shed). This could help with; preventing rural crime, identifying other animal species that have been in contact with the livestock and antis sabotaging (setting farmers up to fail). Autonomous tractors, for example the Hands Free Hectare project, robots; for milking or weeding fields. Within robots being able to milk cows, programmes can be built into them so that the hormones in the milk can be tested and early signs of mastitis can be identified. Dr Kate Pressland spoke about home culture kits for testing for mastitis, suitable for all dairy farmers not just those who have robots.

Data – I attended the fringe event hosted by Map Of Ag, a business that is able to provide a dashboard so that a farming business can keep a closer eye on production figures, compliance, animal health and welfare. They commented that often farmers have all of this information but find difficulty in accessing it and pulling it all together into a platform and utilising it. Map of Ag can also provide analytics on this data and allow benchmarking of figures with other farmers who have similar enterprises. Sir Charles Burrell spoke about rewilding as an alternative income option, his strategy to do this started by benchmarking his wheat yields with others and due to his high clay soils he was achieving approximately two tonnes less than the average per hectare.

Change/Diversification – The alternative income talks were all very interesting, some more practical and had the ability to be able to be transferred onto the average farm, others more impractical and only to suit a small percentage. Stijn Baan from Koppert Cress identified that he thought there was a large missed marketing opportunity for vegetables as he talked through the benefits of decreasing the chance of getting cancer. Matt Smith spoke about how he had diversified into deer farming but was struggling with the processing element due to the facilities being nearly eight hours away. He further explained how his LEADER grant application to build an onsite abattoir had just been accepted. Minke Van Wingerden spoke about Beladon, the company that she is a partner of, building the first floating dairy farm. The cows food ration is 80{e336059b7f153113c38bc9e3dade3686f86217a5aaaa8bad6bcff7fc941c5dbf} self-sufficient by using waste products from nearby factories, for example potato peelings. This was more a proof of concept project due to the large cost element. With the number of mouths needing to be fed increasing, and there is no more land being created to produce the food, the idea of having farms on water is a very innovative way of thinking. Her next ideas were to build a poultry farm and a vegetable farm on water.

The talk by Prof Cristobal Uauy on gene editing interested me particularly as before the conference I was not aware of how close science is in terms of being able to create a variety that has all of the best traits. He mentioned that they have been able to create a wheat variety that has increased its thousand grain weight by 21{e336059b7f153113c38bc9e3dade3686f86217a5aaaa8bad6bcff7fc941c5dbf} and they have also created a low gluten content wheat. I really hope that they overcome the challenges that they are currently facing in that gene editing may come under the genetically modified category. This important work would also help to increase efficiency and enable more food to be produced from the same area of land.

Over the three days of the conference there were many opportunities to network with a great breadth of people throughout the agriculture industry. The Yorkshire Agricultural Society kindly signed us up to all of the optional fringe events so our diary was full and we utilized the time we were in Oxford appropriately. 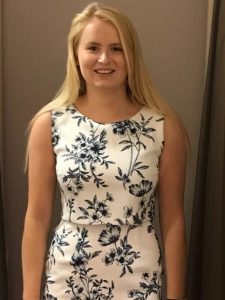 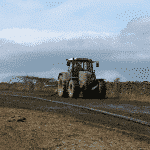 Have your say on how to improve nitrogen use efficientlyFuture Farmers 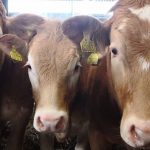