On the eve of the planned meeting, the Minister had announced an urgent review of the British pig supply chain amid an ongoing crisis within the industry caused by labour shortages and rising costs.

These difficulties for pig farms were among the topical issues raised by a group of Future Farmers of Yorkshire as they sat down for discussions with Ms Prentis on the fourth and final day of the 2022 Show.

The Government’s review of the pig sector is intended to identify how to increase fairness and transparency in the industry.

It seeks views on issues such as transparency, price reporting, clarity of contractual terms and conditions, and market consolidation.

The review runs until 7 October 2022 and invites views from pig farmers, abattoirs, processors, retailers, marketing groups and all stakeholders involved in the pig supply chain across the whole country.

Recent months have been very difficult for pig farmers due to a range of pressures including rising costs and global labour shortages.

We have engaged closely with the sector to support them in considerably reducing the backlog of pigs on farms and I continue to work with producers and retailers to support the sector.

I am a firm believer in ‘Buy British’ and supporting our domestic pig producers, and a fair and transparent supply chain is paramount.

I hope the industry engages fully with this consultation so that we can help to address the challenges that they are facing.

Full details from Defra about the pig supply chain review 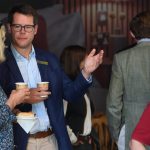 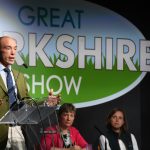