A gathering of 150 farmers, scientists and academics explored how regenerative agriculture practices can be adopted at a fascinating summit at the Great Yorkshire Showground this month.

At a time when productive and profitable farming in the most environmentally sustainable way has perhaps never been more topical, this free afternoon event from the Farmer-Scientist Network at the Yorkshire Agricultural Society was a chance for farmers to hear from others about their firsthand experiences of incorporating ‘regen ag’ techniques on their farms.

Watch a short video from the event and read the full report below.

Nick explained how worsening UK biodiversity, the climate crisis and the expected loss of farm income as a result of Britain’s EU exit, prompted a radical response at Wild Ken Hill in 2018.

Since then, the estate has adopted a mixture of traditional conversation, rewilding and regenerative agriculture measures to plot an environmentally and financially sustainable future.

As a result, the estate’s fixed costs – including expenditure on power, labour and machinery – were down by 26 per cent in 2020, compared to three years earlier.

Mike Powley who tenant farms 128 hectares at Green Hammerton near Harrogate explained how he is striving to become as self-sufficient as possible.

Mike’s mixed farming operation includes suckler beef, spring calving cows, cereals and protein crops and he has been inspired to adopt regen ag practices after visiting the US ranch of Gabe Brown, who is lauded as a leading regen ag pioneer for the way he has embraced no-till agriculture.

Andrew Wilson gave a roots crops perspective of applying regen ag practices on his tenanted farm on the Castle Howard Estate at Slingsby, Ryedale where much of his 400 acres are dedicated to growing potatoes.

“The less we work the soil, the better it gets,” Andrew reported, having preserved with regen ag practices through very wet years. Such has been his progress to date that depth of field work had reduced by at least two inches.

Andrew also said that farming the land in a way that nurtured better soil health was proving both financially and psychologically rewarding.

James Standen, Farms Director for Newcastle University Farms shared his findings from changes to farming practices at the University’s 800 hectares of mixed farmland.

He discussed how the adoption of these techniques could open up the possibility of generating new revenue streams through a new carbon market and payments for achieving biodiversity targets.

Professor Pippa Chapman from The University of Leeds gave insights on the impact of agriculture on soil organic carbon and soil health to demonstrate how soil degradation impacts on crop yields.

She presented examples of how soil health had benefited from incorporating leys into arable rotations and explained how building soil health and resilience is at the heart of emerging UK policy.

There was not one clear definition of exactly what regen ag is but what is clear, Pippa said, is that direct drilling, cover crops, diverse rotations, agroforestry, mob grazing and companion cropping are just some of the practices at the forefront of the regen ag movement, and that knowledge exchange about the success of these techniques is crucial.

Sophie spelt out Morrisons’ agricultural ambitions, saying the supermarket has set out to “play our full part in growing and developing British agriculture to sustain food security by working as a team with the farming industry and progressive farmers who care”.

Morrisons plans to be the first supermarket to be supplied directly by all net zero UK farms by 2030.

As a starting point to work towards this goal, Morrisons is supporting focused activity on two beef farms to give farmers the confidence that net zero can be a reality, with tests and trials then taking place on a wider scale, focused on groups of farmers by sector.

Planting grassland and clover and cutting down on water and fertilizer use are just two parts of its strategy to reduce carbon and offset carbon emissions on its farms. 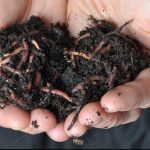 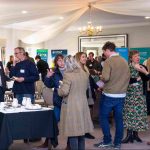