On Friday the 28th June I attended a meeting with the secretary of state for farming, the environment, and rural affairs; Michael Gove. The meeting chaired by Kevin Hollinrake MP gave the opportunity to question the secretary of state on issues surrounding the UK’s departure from the EU and the Agriculture bill, which is currently making its way through parliament.

Mr. Gove started by outlining the opportunities that the next few years could present to British farmers. The UK has in many respects a very favourable climate, especially for livestock production. Mr. Gove sees it as a globally respected reputation for produce of the highest standards. He noted that there are significant challenges facing agriculture in many parts of the world. Caused by a changing climate and growing population among other pressures. Mr. Gove stated that the UK government is committed to assisting farmers to fill these emerging markets.

The secretary of state was asked for clarification around direct payments during the agricultural transition period (2022-2027). The agriculture bill makes provision for a payment ceiling to be implemented and subsequently lowered year on year. However, Mr. Gove stated that this idea had been rejected following lobbying form the CLA. Instead, all farmers will receive “an incremental haircut”.

The agriculture bill also makes provision for delinking of direct payments and following this payment of a lump sum to recipients. The hope is that this will remove the necessity to retain occupancy of land and allow the re-structuring of land occupancy. When asked if he felt that this policy may just be seen as giving potently, huge sums of public money to businesses that had already received lots of public money over many years, thus allowing them an even greater advantage at a time of industry restructuring. Mr. Gove responded by saying it was impossible to predict how the policy could play output pointed out that the bill made provision for government-backed loans to be made available for improvements to productivity and that these would be available to all farmers.

Following questions on future trade deals, Mr. Gove gave assurances that no deal would ever be signed that undermined British welfare and food quality standards.

“Clearly a one size fits all approach is not appropriate, I recognise that in different areas there are differing priorities- the new ELMS will be designed, implemented and administrated at a much more local level- a bottom-up rather than top-down approach.”

How this may be interoperated is that a local administration, the Yorkshire Dales National Park, for example,  will bid to a central fund at DEFRA stating what public goods it aims to deliver and how they intend to do this, if successful they will be allocated a pot of money. the YDNPA will set the priorities then design and administrate the ELMS for the area of the National park.

Mr. Gove went on to talk about how in remote areas such as the North York Moors, the Yorkshire Dales and the Cumbrian fells farming plays a pivotal role in maintaining the “social fabric” which in its self is a public good.

It was clear to everyone that we are in a time of great uncertainty, we all wait in hope and expectation that the forthcoming months provide more clarity. 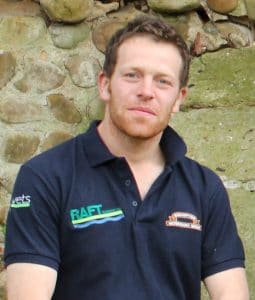 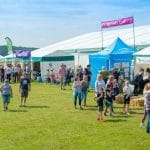 Fun for all in the family area at the Great Yorkshire ShowEducation Blog, Future Farmers, Women In Farming 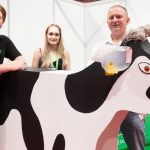