By Anna Cornforth, a member of the Future Farmers of Yorkshire board who is currently working as a vet in New Zealand.

It’s become commonplace nowadays that, while you are young, you disappear off travelling for a stretch of time. For me, the draw of meeting new people and exploring new scenery has meant that I have actively sought out every opportunity to travel.

Combine this wanderlust with a country that has agriculture running through its core, and landscapes that leave you lost for words, New Zealand was well up on the bucket list.

I came out to NZ in August and started work as a mixed practice vet in South Canterbury. Prior to this I’d been working in Otley for just over a year. However, having grown up on a pig farm near Knaresborough, I’ve always had a strong interest in all things agriculture and was intrigued to see how our Kiwi counterparts did things.

Arriving in the busy calving season meant I had to quickly get to grips with the differences of a pasture-based system.

One of the first things that struck me was the scale of production, I wasn’t prepared for how efficient they would be at dealing with large numbers. Almost every farm has decent handling facilities often fitted out with a fully functioning race, swinging gates and a working crush.

Jobs such as disbudding have evolved to cut out a lot of the handling. By sedating the calves, teams can work quickly, blocking and removing the buds, checking navels, ringing bull calves and removing extra teats.

I’ve also had the chance to work with deer, NZ has taken advantage of the Asian demand for velvet and venison meaning their deer industry is probably the largest and most advanced in the world.

Unlike the UK, NZ farming systems have coped without subsidies since 1984. Alongside environmental pressures, and more recently banks demanding repayment of loans, this has forced restructuring of farms, producing some of the most efficient in the world. Whereas back home, I feel there are farms where subsidies have buffered the need to improve systems.

Don’t get me wrong, I’m not suggesting that we all switch to a kiwi-based system! For one, the number of farms back home that could graze all year round, given we live in a semi-aquatic climate, is minimal!

Additionally, the disparity in population size and availability of land, as well as the fact that agriculture makes up a much larger proportion of NZ GDP relative to the UK, means we cannot make direct comparisons. Furthermore, there are areas where I still believe we are well ahead of NZ, for example food labelling and certain aspects of welfare, especially in sheep production.

Yet, given the unknown of a post-Brexit industry, I do think British farmers could learn from the kiwis’ amazing ability to adapt.

Travelling and gaining an understanding of unfamiliar practices helps us to see things from a different perspective and stops us from doing things purely because that’s how they’ve always been done, missing opportunities for innovation.

It is impossible for us to pretend, particularly in farming, that the UK is isolated from the global market, but today when communication, transport and sharing of knowledge is so easy, we are more connected than ever before. As an industry, it is crucial that we should understand our competitors, and what better way to do that than experience it for yourselves!

Future Farmers of Yorkshire was launched in 2010 to bring together like-minded farmers, vets and industry supporters. It is backed by the Yorkshire Agricultural Society. The group has been joined by over 1,000 forward-thinking members, eager to expand their knowledge and excel in their careers. 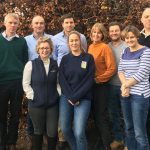 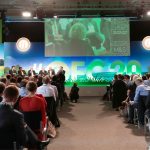