Nutritional facts about meat and dairy

Veganism has blossomed over the past few years, with an estimated 250,000 people participating in Veganuary 2019.  Done properly, a plant-based diet can provide nearly all the correct nutritional requirements we need to thrive and can be deliciously interesting and varied.  Done badly, with poor planning and a reliance on processed vegan foods, and it becomes a disaster – the same as any other poor diet!

With the recent growth in veganism has come an explosion of pre-packaged foodstuffs such as meat-free burgers, mince, sausages, and bacon.  All packaged in environmentally-unfriendly plastic, and heavily reliant on intensively farmed soya or fungus grown in fermentation tanks.  A vegan diet is certainly not the magic answer to our society’s health and climate change problems, and as a Registered Nutritionist this is one myth I would love to see laid to rest.

I was recently invited to speak to the Future Farmers of Yorkshire about the nutritional properties of meat and dairy as part of a debate covering a range of subjects including environmental and ethical impacts of farming.

I began by discussing some of the reasons why people may not choose to eat animal products, which include lactose intolerance, allergies, and widespread concerns around animal welfare certification and hormone and antibiotic residues in the food chain. 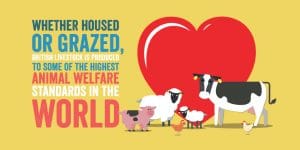 This was followed by a discussion of the nutritional properties of meat and dairy. We looked at why an inadequate plant-based diet can lead to nutritional deficiencies.  There are several key nutrients that can be lacking in a poor vegan diet. Starting with one of the most common – vitamin B12.  The most bioavailable form of B12 is unique to animal products. It plays an important role in mental wellbeing, heart health, nerve cells, and red blood cell function.

Iron deficiency is a particular issue for female vegans due to regular iron loss from periods.  Haem iron in animal products is better absorbed than non-haem iron from plant sources. 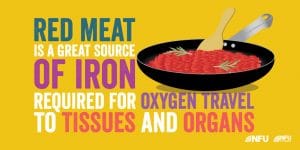 Many of us, whether vegan or not, are low in vitamin D. Simply because we don’t get enough regular sunshine here in the UK.  Unfortunately for vegans, the optimum dietary sources of vitamin D3 (the most active usable form) are eggs, liver and butter, with plant sources like mushrooms providing a little D2.

Healthy fats are another concern, especially omega-3. Nuts and seeds provide what is known as the ‘parent’ omega 3 fat, but this needs to go through several conversion steps before it becomes the sort of omega-3 fats we use for brain and heart health.

An important principle of nutritional therapy is that there isn’t one diet that suits us all.  We each have unique nutritional needs and must eat accordingly.  Not everyone is suited to being plant-based. Good quality meat and dairy products have their place. Providing a wealth of essential proteins, fats, and micronutrients suited to human health. 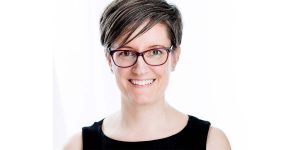 Written by Sally Duffin, a Registered Nutritionist (MBANT). Find her online at www.nutritioninyork.co.uk or through Facebook on ‘Nutrition in York’.

Sally was part of a special panel debate about the myths & realities of livestock production, organised by the Future Farmers of Yorkshire.

Sally was joined by, Paul Tompkins, Vale of York dairy farmer. Nick Davies, the Head of Agriculture at the Karro Food Group. With Simon Billing from the Eating Better Alliance who held an informative debate for farmers.