At a meeting held at the farm of YAS Show Director Charles Mills, near York on Wednesday 13th April, the Commissioner heard first-hand farmer accounts of rural crime, associated damage, and the fear it causes.

In addition, farmers wanted to know more about Zoë’s plans and approach to crime in the vast North Yorkshire countryside.

Woolas Grange, which is farmed by Charles in partnership with his wife and son has regularly been targeted for poaching and hare coursing for decades.

These crimes cause the destruction of wildlife and crops whilst also intimidating those who live and work on the land.

The training of 101 and 999 call handlers and policing across North Yorkshire were also discussed.

The Yorkshire Agricultural Society has been calling for stronger powers for police forces and the courts to deal with hare coursing on behalf of its farming members.

A national survey of more than 300 people carried out by the charity last year found that many of the same farms were consistently being used for the illegal act, with farmers often facing a barrage of abuse from brazen criminals and spending thousands of pounds to repair damage caused.

The survey also found wavering confidence in police, with just 18 per cent of farmers saying they were satisfied by the police response when reporting the crime. Read the survey findings in full here.

The Government has since committed to introducing new laws to crack down on illegal hare coursing.

Rural crime, including hare coursing, fly tipping and machinery thefts continue to blight countryside communities, leaving farming families feeling vulnerable, both emotionally and financially, and so I welcome the opportunity to raise these issues alongside the CLA with Crime Commissioner Zoë Metcalfe.

It is vital that the police consider rural crime a key priority in a predominantly rural county like North Yorkshire and that the force is properly and continually resourced to both effectively tackle rural crime and communicate appropriately with victims.

Crime in rural areas is a big concern for North Yorkshire and I really appreciate the opportunity to meet with the CLA and Yorkshire Agricultural Society as champions of our rural communities to discuss local issues and concerns.

I am proud to say we have one of the largest rural taskforces in the country but more needs to be done to ensure North Yorkshire Police take a holistic approach to tackling these issues to help residents in rural areas have full confidence in the police and in reporting crime.

Training is being provided to ensure all police officers and control room staff fully understand the impact crimes are having on our rural communities and how to tackle these crimes, particularly with the new law improving their ability to clamp down on hare coursing.

Today’s meeting was a great chance to hear about the needs of our rural communities and I look forward to building on this relationship in the future.

It was a positive meeting which highlighted the very real impact crime has on rural businesses and communities across North Yorkshire.

Work undertaken by North Yorkshire Police force, along with their rural crime unit is challenging, especially given it is second largest in England, and predominantly rural area they cover.

The CLA is committed to working with our partners, and we urge farmers, businesses and the wider public to report all incidents so that police can build up a more complete picture and then allocate appropriate resources.

It was useful to hear how new powers to tackle the problem of hare coursing will be rolled out across the rural policing teams, alongside the challenges associated with anti-social behaviour in the countryside, such as livestock worrying, fire risk and trespass. 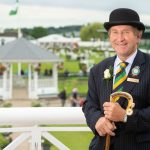 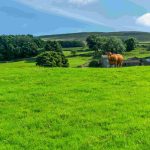